Dr. Mubenga Profiled In Video by Voice of America

Home > College of Engineering > Dr. Mubenga Profiled In Video by Voice of America 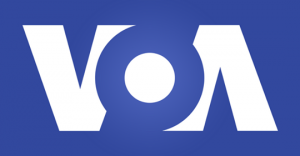 Dr. Mubenga Profiled In Video by Voice of America

Professor at The University of Toledo, Founder and CEO of SMIN Power Group, Founder of the STEM DRC INITIATIVE

Dr. Mubenga was profiled in March of 2020 by Voice of America (VOA) as she prepared for and delivered the 2020 keynote address at a Girl Power Event in Toledo Ohio.  Dr. Mubenga also participated as an exhibitor to promote STEM Career interest for girls.  In this profile, VOA toured a solar field with Dr Mubenga and captured her explaining how she came to be devoted to electrical engineering, why she has a desire to promote the electrification of the DRC, and why she promotes STEM Education for Girls.  The VOA video story and excerpts from the transcript are shown below:
Excerpts From the Video:

“People should not die from lack of electricity.”

Dr. Mebenga Explains How She Became Interested in Electrical Engineering

I was born in Kinshasa, the capital city of the Congo and I grew up in Kikwit which is a small town. So, it has brick houses, roads and everything except that there was no running water, no electricity.

When I was 17, I got really sick and when we called the doctor, she told me, ‘You have appendicitis. You need to go under surgery right away.’ Unfortunately, there was no electricity in the general hospital. So, for three days, I was between life and death.

After those three days, where I was really in pain and I was scared, I found my motivation to become an electrical engineer.  I realized that in the 21st century, it is unacceptable that people die because of the lack of electricity.”

I came to the United States to study electrical engineering at The University of Toledo. I was very interested in renewable energy. So, when I was doing my undergrad, I learned to design and install solar systems and completed my bachelor’s, my master’s and my Ph.D. here.  I could see that it was very important, not only to find solutions to problems but to teach others how to find solutions and how to implement those solutions. So, that’s why I became a professor.  I wanted to pass on the knowledge I’ve learned.

On The Subject of STEM Education for Women and Girls

Typically I have zero women (in my classes). We are lucky to have three women in a class.  Why do we have few women in the STEM field? (STEM Means) Science, technology, engineering and math.  It’s very easy. When you go in a store, you see all the toys for women and girls are dolls and things like that and for the boys, you would have tools. So unfortunately, society is pretty much sending a message that science, technology, engineering and math are for men.

Right now, there’s a lot of work that’s being done to say, ‘Know you are a woman, you can do STEM. That message needs to be sent early.

After I got my professional engineer license, I started SMIN Power Group because that was my dream. In 2013, then we opened the office in Kinshasa. We installed solar systems and designed solar systems for communities in the Congo. I always wanted to lead a company that would provide energy solutions in places like Kikwit. It’s not as much the money but it’s the social impact coming from my experience, you know, almost dying because of the lack of electricity.

It was a huge effort to educate the customer. And we were pleased to see that after this effort, that more people are interested in solar in the Congo. So, it’s been a positive experience.

The University News Network wrote an article. It was called, “Women Killing It in Sustainability“and they listed me.  Imagination Station read the interview. So, they contacted me. They said, ‘We are doing the Girl Power! event to introduce girls from Toledo to the STEM field. Would you like to be part of it?’ So that’s how I was invited to be the keynote this year.

I believe they had about 200 girls attending. It’s always energizing to be around young people full of hope, you know. I just love that positive energy.  So that together we can find solutions to our problems. I was surprised by the level of maturity of some of those girls. I remember one of them asked me if it was difficult to be a mother and to pursue a career in STEM. She must have been 10. And I realized that often times that is a reason that would slow women to go into the STEM field. So, I explained to the girl that I basically had my children as I was building my career. If you have a good support system, if you are well organized, you can pursue your dream, have your kids, and have your company.

I think the best way to encourage more women and young girls is be there.  First, show them that it is possible to be done. I think it’s possible that one day, half of my class will be women if we focus more into introducing STEM early on, in the school program.  So, this is what we would like to see.