Opportunities & Challenges for Transition to Green & Renewable Energy in Africa 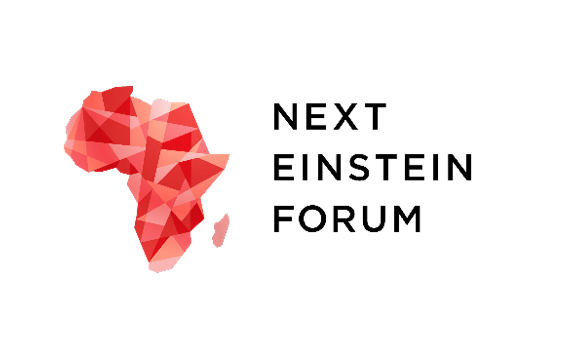 Opportunities & Challenges for Transition to Green & Renewable Energy in Africa

Sandrine Mubenga: We are at war for the climate and fossil fuels are no longer a sustainable solution. We therefore need energies that respect the environment. We are at the dawn of a 4 threvolution based on clean energy, accessible to the greatest number and renewable. In general, 5 sectors are energy-consuming: domestic uses, industry, agriculture, and transport. In the transport sector, for example, low-emission electric cars are a solution to greenhouse gas emissions. This problem has always interested me. During my Masters at the University of Toledo in the United States, I designed and produced a hybrid electric car with a fuel cell incorporated to supply the engine with hydrogen. The hydrogen used to power the car is obtained by decomposing water into hydrogen and oxygen thanks to a station powered by solar panels. Hydrogen is obtained and injected into the hybrid car as fuel. This project allowed me to get my Master at the University of Toledo and many awards thereafter including that of the best Thesis of the Department of Electrical Engineering of the University of Toledo in 2008. Storage is one of the great challenges renewable energies, whether wind, solar or hydroelectric. Indeed, their intermittence requires that they be stored for later use. This pushed me to specialize in storage issues and more specifically batteries for my doctorate. My research led me to develop a battery management system called “Bilevel Equalizer” which increases the longevity of lithium ion batteries as well as their capacity by reducing costs…

Is Africa today ready to take advantage of the opportunities offered by this revolution in the renewable energy sector?

SM: Africa abounds with natural resources like the sun, the wind or even the rivers which make it an ideal candidate for the use of renewable energies. It should be noted, however, that Africa will not be able to take full advantage of this industrial revolution, provided that the technologies for these renewable energies, such as solar panels, batteries and even electric cars, are manufactured in Africa and the raw materials processed on its territory.

Are there countries on the continent that have successfully completed their energy transition? If so, at what levels and what are the ingredients for their success?

SM: Depending on the use of renewable energies, the Democratic Republic of Congo (DRC) is a model. In fact, 99% of the electricity produced is clean since it comes from hydroelectric dams. In the case of the DRC, this production is based on the Congo River which is the 2nd largest river in the world by its flow. However, much progress is to be made in terms of electrification rates, reliability and the supply of electricity in the DRC. To this end, the African Union (AU) has officially chosen the “Grand Inga” project, as one of the six key projects for Agenda 2063. This dam could supply 43,000 MW of electricity and supply both the DRC and the neighboring countries of the power pool.

Senegal also stands out for the construction of solar fields. Kenya exploits geothermal energy and covers 45% of its electricity needs. Ethiopia has built a hydroelectric dam on the Blue Nile. Rwanda exploits methane gas from Lake Kivu as well as solar fields. Ghana is particularly to be congratulated. On the one hand, the country has built solar fields. On the other hand, the authorities have implemented an energy efficiency program. Concrete measures are taken to encourage Ghanaians to consume intelligently, in particular in the recovery of household products, such as refrigerators in return for new refrigerators.

Despite this notable progress, it seems that Africa as a whole still faces major challenges. Which?

SM: During the IEEE PES & IAS PowerAfrica conference which I chaired in 2017 in Ghana and which brought together more than 250 engineers from 33 countries to discuss electrification in Africa, several observations were made. Despite having interesting macroeconomic indices and a certain growth, Africa suffers from a deficit of infrastructures relating to the production, transport and storage of electricity. 40% of Africa is electrified, but this figure conceals different realities. The electrification rate varies considerably between each country between 100% (Mauritius) to less than 20% for the DRC. According to the African Development Bank (AfDB), 640 million Africans do not have access to electricity. Electricity is a major factor in development because it allows better health services, income generation and job creation through businesses. Electricity contributes to raising living standards and allows internet connectivity.

Another challenge is that of entrepreneurship linked to renewable energies in Africa. In fact, the majority of contracts are awarded to non-African companies and are subject to very strong competition from French, German, Chinese and Indian companies. One of the conditions for Africa’s development is, among other things, the creation of a local economic fabric and the mastery of energy sector technologies by African companies. By winning contracts for their countries or their continent, these companies will develop real knowledge and know-how with positive externalities for their environment.

How could she overcome them? What frameworks should be put in place?

SM: We must pool our efforts by thinking of projects with regional impacts as the African Union did by choosing the “Grand Inga” project as the flagship project for Agenda 2063. Then, we have to find the investments necessary to carry out these projects. Finally, we must move on to the realization of these projects while involving the populations concerned and avoid the effect of a parachute project.

What are the risks for the continent t if nothing is done?

SM: In 2100, the African population will represent nearly 4.3 billion people, or nearly 39% of the world population according to United Nations projections. Today, Africa is the continent that emits the least greenhouse gases in the world, but it is also the continent most vulnerable to climate change. In order to combat climate change, it is imperative to ensure a reliable, affordable and clean source of energy in order to ensure the well-being of future generations and of planet Earth. If we do not, there is a risk of further damaging our earth and accelerating the extinction of the whole of humanity.